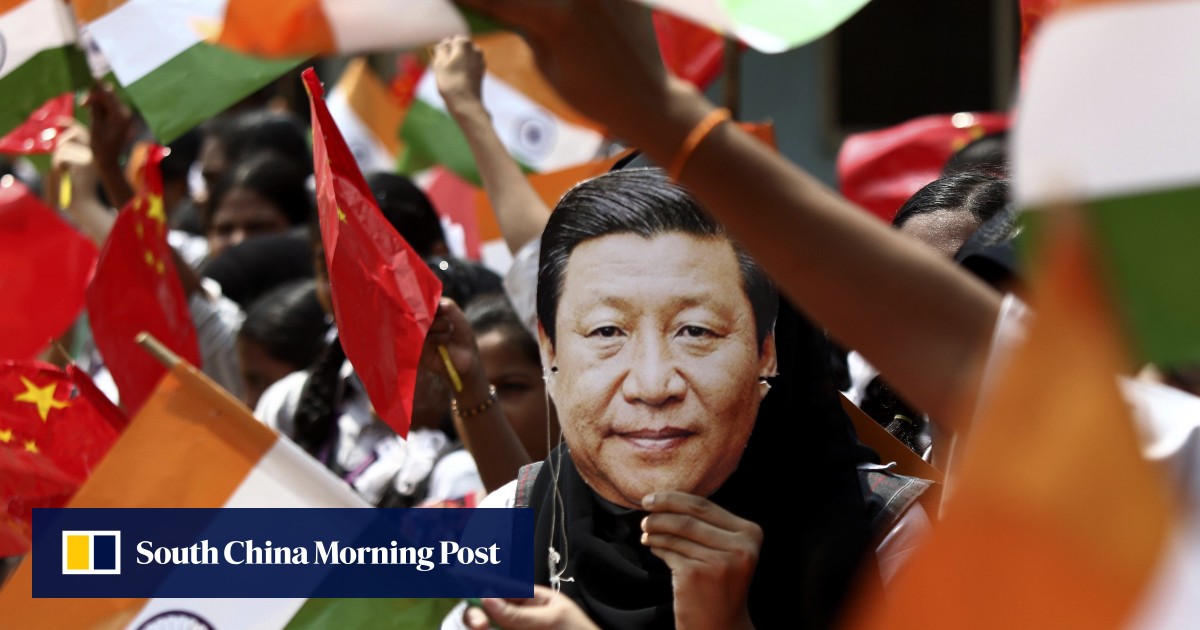 The tense stand-off between Chinese and Indian troops at the Himalayan frontier, which began in early May, continues to play out following high-level military and diplomatic talks. Chinese foreign ministry spokeswoman Hua Chunying on Wednesday said Beijing had reached a “positive consensus” with New Delhi over resolving the situation, while India on Sunday said the two countries had agreed to “peacefully resolve” matters – but analysts do not expect this to be speedy.
After all, they say, there have been six decades of claims and counterclaims along the 3,488km unmarked boundary known as the Line of Actual Control (LAC), and both sides will be watching each other with suspicion.

What was the outcome of last weekend’s talks?

After a video conference last Friday, top generals from both sides met on Saturday in Chushul-Moldo, in the eastern part of Ladakh, along the LAC.

India’s Ministry of External Affairs said the four-hour discussion was cordial and positive, while Hua from China’s ministry of foreign affairs said the countries had agreed to “not turn differences into disputes”, and called the border situation stable and under control.

By Tuesday, the Indian establishment indicated through leaks to media that the situation along the LAC had improved, and the two countries had agreed to withdraw troops. These reports also indicated that they had agreed to continue engaging at the level of local military officials to resolve the dispute.

How are both sides positioning this conflict to domestic audiences?

China has attempted to build stable relations with India since the 2017 stand-off in Doklam, where troops faced off for 73 days at the trijunction between China, India and Bhutan. China’s President Xi Jinping and India’s Prime Minister Narendra Modi have met for two informal summits – in Wuhan in 2018, and last year in the coastal town of Mamallapuram – at which both pledged to not let differences on trade and foreign policy turn into disputes.

But as Yun Sun, director of the China programme at the Washington-based Stimson Center, wrote in a March commentary, “distrust and hostility … run deep” for both sides given that each have “regional hegemonic ambition and potential”.

Sun pointed out that while their efforts to address long-standing frictions could lead to more compromise, these would be more challenging in light of great-power rivalry and domestic populism.

Indeed, each side has sought to manage public opinion of the current dispute by whipping up nationalistic sentiment, similar to what happened during the 2017 stand-off.

In India, news channels have already “warned” China against any aggression, and claimed that the soldiers in the People’s Liberation Army (PLA) were reluctant fighters.

Comments from the Tibetan government-in-exile have been published in some India media, with Central Tibetan Authority President Dr Lobsang Sangay slamming Chinese aggression and calling the current situation an attempt to divert attention from China’s internal problems.

Beijing has ruled the Himalayan region since 1959, after an abortive uprising that sent Tibet’s traditional Buddhist leader, the Dalai Lama, into exile in India.

There have been reports on Chinese media about how Beijing could mobilise and deploy troops to the LAC “within hours”, prompting India’s home minister Amit Shah to say that punishment will be meted out to anyone intruding into the country.

Jayadeva Ranade – president of New Delhi think tank Centre for China Analysis and Strategy, and a former member of India’s National Security Advisory Board – said there was “growing disenchantment” with Xi over economic woes and rising unemployment amid the pandemic.

“[The stand-off] is his way of demonstrating that he is strong and tough, to retrieve his position and the hold of the Communist Party,” Ranade said.

It would help Modi’s case if the dispute was resolved soon, he said, pointing to how India is still grappling with the pandemic. Infections there are rising faster than before and the economy is in the doldrums, despite the lifting of a 10-week lockdown.

Indian opposition leaders have needled Modi on the topic, with Congress leader Rahul Gandhi on Wednesday alleging that the prime minister had “vanished from the scene” in the face of “Chinese aggression”.

Said Ranade: “This government has been fairly strong and firm on issues of territory and national sovereignty. I don’t think they can withdraw from that. The public won’t be forgiving if we yield ground.”

Long Xingchun, president of the Chengdu Institute of World Affairs, an independent think tank based in China’s southwest, said the Modi government’s moves were a means of redirecting scrutiny away from economic pressures and the criticism it has faced for its handling of the Covid-19 pandemic.

What are the geopolitical factors at play?

B.R. Deepak, professor of Chinese and China Studies at New Delhi’s Jawaharlal Nehru University, said the relationship between China and India will be shaped by India-United States ties. Beijing and Washington are in the midst of a deepening clash over issues ranging from trade to China’s handling of the pandemic, while India, alarmed by China’s expansion of maritime power in the Indian Ocean, has sought to ally itself more closely with Washington.

“The current cold war between the US and China is going to continue to play out. If India puts its neck out and aligns with the US, Chinese belligerence towards it will only increase,” Deepak said.

Last month, top US diplomat Alice Wells accused Beijing of trying to “shift what is the status quo” and urged India to “resist Chinese aggression”. US President Donald Trump then said he could mediate what he described as a “raging border dispute”, an offer both India and China rejected.

Meanwhile, New Delhi has reached out to Moscow to apprise it of the border situation, according to Indian media. Observers say this is an attempt by India to draw global support for its case and build diplomatic pressure on China.

Nepal, which has grown closer to China, and with whom India is also involved in a territorial dispute – after Kathmandu last month published new maps that showed in its territory areas claimed by New Delhi – has not commented on the issue.

So what will happen next?

Analysts like Deepak of Jawaharlal Nehru University believe this current dispute is likely to be drawn out and contentious, since China is unlikely to withdraw from its advance positions in a hurry.

“The Chinese hold the upper hand right now, so they are unlikely to withdraw unless they get concessions like asking India to halt border construction,” Deepak said. “[Beijing] could also ask India not to hinder bilateral trade, and warn it against joining the US-led global bandwagon against China.”

Long of the Chengdu Institute of World Affairs said China’s consistent policy had been to resolve the Sino-Indian conflict in a peaceful manner, and to maintain the status quo until a resolution was reached.

Sources said the two sides had adopted a two-pronged strategy, which would see high-level military exchanges continue while talks were held at the local level to resolve disputes at individual flashpoints along the LAC.

One such local-level meeting is likely to be held on Wednesday, with more likely to follow, they said.

“Did they want to test us or were they preparing for something bigger?” he said. “These questions will remain.”

Long said New Delhi needed to realise that open support from the US and goodwill from Australia and other countries would “only raise the cost of confrontation between India and China”.

“Given the relative military strengths of the two countries, India will not be able to garner any advantage in the event of a large-scale armed conflict between the two sides,” Long added.