60 YEARS AFTER BELGRADE: WHAT NON-ALIGNMENT IN A MULTIPOLAR WORLD AND FOR A GLOBAL FUTURE?

CALL FOR PAPERS AND FOR PARTICIPATION The conference is open to individual and group paper presentations. Those willing to present their papers are invited to submit their proposals until July 31, 2020, with a possible extension, if necessary, to September 30, 2020. The selected proposals will be communicated to their authors from August to September, with a possible extension to November 2020.

See the GUIDELINES FOR PRESENTER CANDIDATES inside. INTRODUCTION “NAM must continue to be a voice of reason and moderation, and must never fail to work, within the framework of the UN Charter, for peace, stability, human progress and justice, even when it seems difficult.” (H.E. Tijjani Muhammad Bande, President of the 74th Session of the United Nations General Assembly, 24 October 2019, Statement delivered for the 18th NAM Summit, Baku, Azerbeijan, October 25-26, 2019, https://www.un.org/pga/74/2019/10/25/non-aligned-movement-summit/). 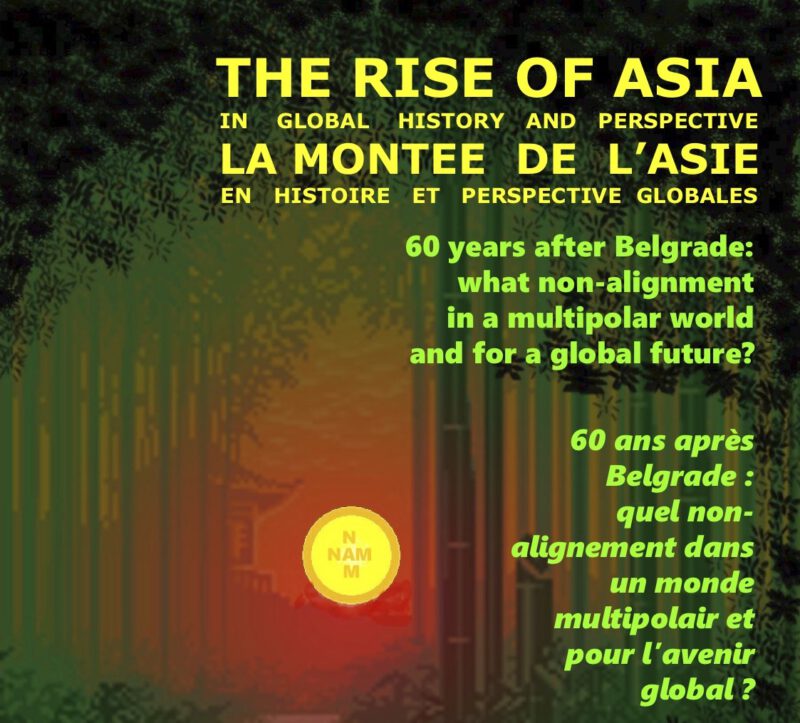 Both the United Nations and NAM aim to achieve International Peace and Security. The United Nations emerged in 1945 from a destructive World War, to “save future generation from the scourge of war”. NAM was formed in 1961, at the height of the Cold War, to achieve a world of peace and justice, with respect and solidarity, at the heart of cooperation and development. The ideals emphasized by the United Nations, to guarantee peace, are the same that NAM stands for. This include the respect of fundamental human rights, sovereignty and territorial integrity of all nations, non-intervention in the internal affairs of countries, equality of all races and nations, as well as the peaceful resolution of all international conflicts. The aforementioned are part of the Bandung Principles and continue to be relevant today, as they are critical for the attainment of international peace and security, as well as the achievement of the Sustainable Development Goals (SDGs).

It is impossible to talk of the achievements of the United Nations, without mentioning the contribution of NAM, particularly the many ways the movement reinforces the principles of the Charter of the United Nations – through opposition against colonialism, racism, hegemony, aggression, as well as foreign intervention and/or occupation. The values the Movement bring to bear on the world, through the cooperation of its member states with the United Nations, cannot be taken for granted. We need to work for the upholding of the Bandung Principles in addressing violent conflicts, terrorism, renewed nuclear and other armament threats, climate change and its repercussions. We must deepen multilateral cooperation to succeed in this important endeavor. We must bear in mind that the end of the Cold War has not diminished the role of NAM in the international system and its members cannot rest on their oars. Today the major task is to ensure that the aforementioned challenges are tackled with the same fervor of NAM’s earlier years. It is important to also remember that the reality of our world is that developing countries continue to suffer from the protracted crises from the era predating the NAM. They also suffer the most from the ravages of conflicts, wars and disregard for international law, fueled by geopolitics. For these reasons, it is important that NAM focus appropriately on issues of respect for human rights and justice, sustainable development, and democratization – as these align very well with the Bandung principles, as well as the Charter of the United Nations.

The Movement needs to work within the United Nations to strengthen the peace and security architecture, particularly making a priority of prevention. This also entails that drivers of conflict such as poverty, lack of access to education, inequality, and employment opportunities, must also be tackled head-on. We must focus particularly on ensuring that youth, women and girls can effectively participate in society. We also have to make adequate provision for people with disabilities to function. Among other things, governments should facilitate and ensure that the girl child can get quality education. It is important to consistently advocate for the creation of a mutually beneficial international economic space through the creation, development and diffusion of new innovations and technologies. This could be done within the framework of the South-South Cooperation. If we will make appreciable progress, we must ensure the equal participation of women in the economic sector, as it is not smart to exclude half of the population from the productive sector. In communities that are in conflict, or recovering from conflict, it is important to include women in the reconciliation and peace building efforts.

Without doubt, the continued upholding of the NAM principles will mean that NAM members, show solidarity, friendly resolution of differences, and a determination to never engage in bitter rivalries; but instead prioritize cooperation, mutual interest and respect. Member States of the Movement must continue to rally themselves to ensure that they are better able to deal with challenges that confront them. (H.E. Tijjani Muhammad Bande, ibid.)

The quotation above raises many questions, especially these sentences: “We must bear in mind that the end of the Cold War has not diminished the role of NAM in the international system and its members cannot rest on their oars. Today the major task is to ensure that the aforementioned challenges are tackled with the same fervor of NAM’s earlier years.” 60 years after the 1961 Belgrade Conference of Non-Aligned Countries, the bipolar geopolitical order of the world has disappeared since 30 years, if it is counted from the fall of the Soviet Union in 1991. Yet, the Non-Aligned Movement as alternative to bipolarism continues to operate. It is the largest grouping of states worldwide after the UN. 120 state members of the movement continue to organise periodically their summit involving their heads of state or of government. The most recent one was the 18th and took place on October 25-26, 2019 in Baku, Azerbeijan. How come the movement continues to survive while the bipolarism as its “raison d’être” does not exist anymore? Is there any “hidden meaning” of “non-alignment”? Is there any “nonalignment” on other issues than “bipolarism”?

In his view, Samir Amin affirmed that Bandung and Non Aligned Movement were essentially, since the beginning, “non-aligned” to imperialism, colonialism and domination that now metamorphosed into globalisation. “The real story of Bandung and Non-Alignment that arose from it showed that the peoples of Asia and Africa actually seized at the time an initiative by themselves and for themselves. The reader will find in what I have written a demonstration that the Non-Alignment was already a movement of countries non aligned on globalisation in contrast to the globalisation that the imperialist powers wanted to impose on countries that had regained their independence, substituting the deceased colonialism with a neocolonialism.” He continued: “NonAlignment constituted a refusal to comply with the requirements of this renewed imperialist globalisation. Imperialism won the battle, for the moment at least. Non-Alignment was, therefore, itself a positive factor in the transformation of the world for the better, despite all its limitations.” And finally: “We can therefore say that even if the world today is no longer that of 1960 — a banal and obvious observation — the Movement of Non-Aligned there was already 60-year ago was a Movement of countries Non Aligned on Globalisation, that globalisation they wanted to impose on us at the time.” (Samir Amin, The Revival of the Movement of Non-Aligned Countries, May 2014, article published at several websites including https://www.globalresearch.ca/the-revival-of-themovement-of-non-aligned-countries/5383510). It is in line with his theory of “Delinking” defined in short as “the refusal to submit national development strategy to the imperative of globalization” (Samir Amin, A Note on the Concept of Delinking, Review, Fernand Braudel Center, vol. 10, no. 3, 1987, pp. 435–444. JSTOR, www.jstor.org/stable/40241067).

How about facts and realities? Do the state members of NAM agree with the view of Tijjani Muhammad Bande and/or Samir Amin? Are the NAM state members “non-aligned” to globalisation? Does the national development strategy of the NAM state members reflect a “delinking” phenomenon? How are the relations between NAM state members with former blocs of superpowers: the West Bloc (Western Europe and North America) and the East Bloc (Central and Eastern Europe, Russia, China), past and present? What are the role and the place of peoples and other non-state actors, civil society, social and solidarity movements, academics, workers, trade unions… in this global geopolitics?

It is to commemorate the 60th anniversary of the Belgrade Conference of Non-Aligned Countries that those questions are chosen to be the main subject of presentation and discussion of the fifth edition of The Rise of Asia Conference Series. It encourages the participation of scholars from a wide range of scientific disciplines (area studies, cultural studies, ecology, economics, geography, history, humanities, languages, management, political and social sciences…) and practitioners from diverse professional fields (business, civil society, education, enterprise, government, management, parliament, public policy, social and solidarity movements…) as well as artists and writers, based in diverse geographical areas (Africa, North, Central and South America, Australia, Asia, the Caribbean, Europe, Oceania, Pacific…).

CORONAVIRUS IN THE RISE OF ASIA: TOWARDS A GLOBAL RESTRUCTURING

“That Asia has ‘risen’ in the world economy since at least 1960, and especially since 2000, is a proposition that is widely accepted” (Immanuel Wallerstein). “The rise of the West transformed the world. The rise of Asia will bring about an equally significant transformation” (Kishore Mahbubani). This may lead to two directions: “Global rebalancing” or “Global restructuring“ (Manoranjan Mohanty). The Coronavirus, spread from the “rising“ China, has been disrupting the present world order. Is not it an alarm for the urgency of a “Global Restructuring, Reform, Change”? For a “Post-Productivism, Post-Consummerism, PostGrowth, Post-Capitalism” Global Society? Proposals on these questions are welcome.

Other special sessions/Roundtables/Workshops will be organised in the following clusters:

The selection of presenters is based on the abstract and the basic personal data of the presenter candidates in respect to the following dates:
1. Deadline of abstract submission: July 31, 2020, with a possible extension to September 30, 2020
2. Announce of the selected presenters: October-November 2020
3. Deadline of full paper submission for a possible publication: December 31, 2020

The abstract is limited to approximately 300 words (figures, tables, and references should not be included in the abstract) accompanied by basic personal data of the author(s) including:

– Full name and surname
– Gender (male/female/other)
– University title (if any)
– Specialism (if any)
– Professional category (lecturer/researcher or activist/practitioner or both)
– Institution/organisation/company
– Function in institution/organisation/company
– Full address (physical/postal address, phone and fax numbers, email)
The basic personal data are to be presented below the abstract (in the same file of the abstract, not in a separate file)

The full paper is to be presented according to the following basic rule:
– Paper size: A4 (kwarto)
– Margins: 2.5 cm from all the borders (top, bottom, left, right)
– Interline: double space
– Typography: Times New Roman, 12 points
– Article size: around 4000 words
– Language: English, British style, article to be checked by a competent person in language editing before submission

The abstract with basic personal data and the full paper are to be sent by e-mail to the following e-mail address: conference-masterasie@univ-lehavre.fr

The organising committee does not provide travel grant to any participant. The presenters as well as simple participants of the conference are supposed to find the necessary fund for their own participation (visa, international and national transport, accommodation).

1) A personalised badge
2) A copy of conference booklet
3) A certificate of participation
4) Drinks and snacks during all the coffee sessions of the conference in Le Havre
5) Two lunches and two dinners in Le Havre
The exemption from registration fee and the five items are given to PRESENTERS only. The CO-PRESENTERS need to pay a registration fee, if they wish to have the five items.

REGISTRATION FOR CO-PRESENTERS AND SIMPLE PARTICIPANTS

The registration payment is to be done online between December 14, 2020 and January 31, 2021 through a bank transfer procedure indicated some time before the opening date. 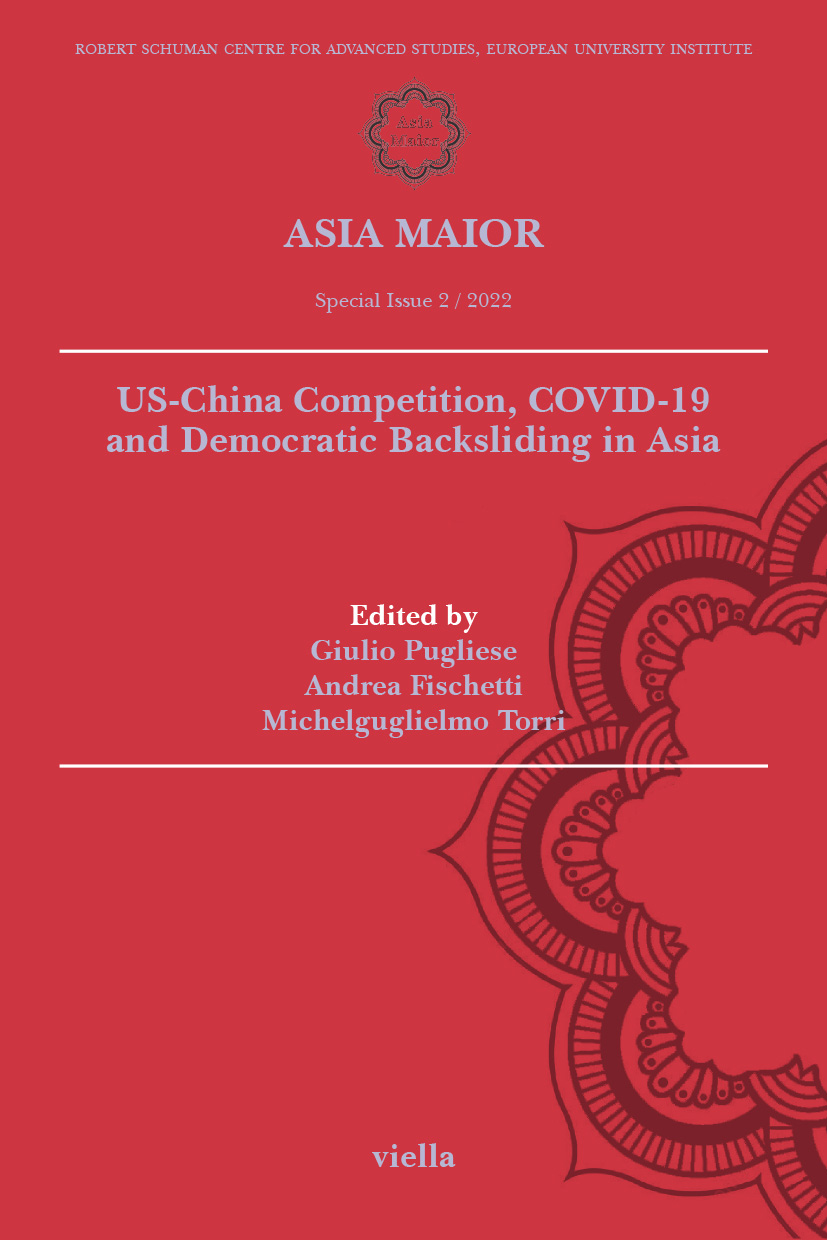